Supporting students who are being cyberbullied can be challenging. Get information on what cyberbullying is, including what makes it different from ordinary bullying. Get guidance on how to respond to a student who is being cyberbullied and resources to assist you.

This will help you to: 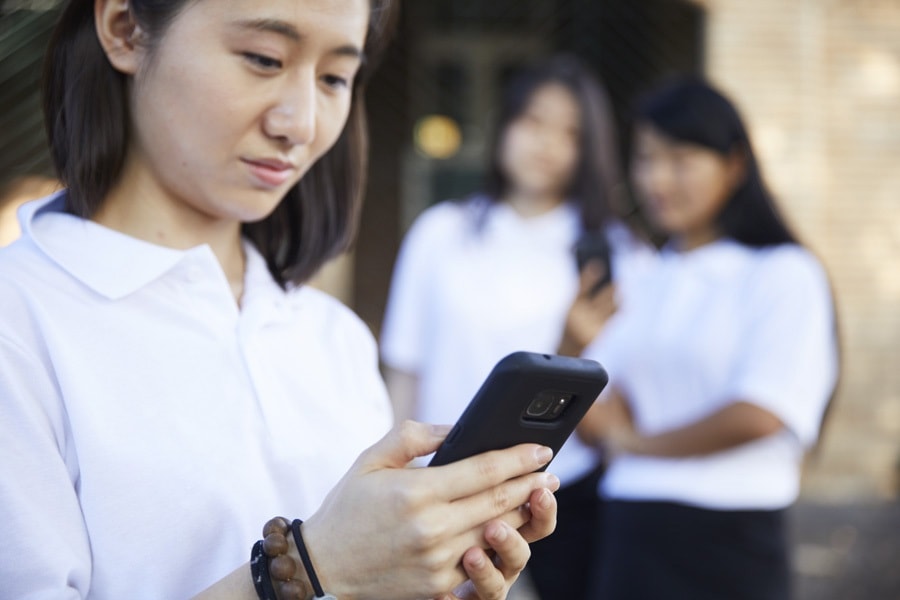 With increased access to technology, cyberbullying is a very real challenge facing many students and families.

Cyberbullying includes the use of social media, instant messaging, texts, websites and other online platforms to: send abusive or hurtful texts, emails, posts, images or videos; deliberately exclude others online; spread nasty gossip or rumours; or impersonate someone online or use their log-in.

Examples of behaviours considered to be cyberbullying include:

Cyberbullying can happen to anyone, and the person may act anonymously, or publicly if they feel they cannot be reprimanded. People can also be bullied online by groups of people, such as class groups or collective members of an online community.

What's the difference between bullying and cyberbullying?

While bullying isn't new, cyberbullying has a unique set of characteristics that are evolving with changes in technology.

1. The invasion of home and personal space can occur 24/7

Cyberbullying can take place at any time and comes directly into a student’s personal space, whether it is at school or at home.

2. The audience can be very large and reached rapidly

The difficulty in controlling electronically circulated messages means the scale and scope of cyberbullying can be greater than for other forms of bullying. Electronically forwarded content is hard to control, and concerns that content may resurface later can make it difficult for targets to move on.

3. People who cyberbully may attempt to remain anonymous

This can be extremely distressing for those being targeted. The person creating the content could hide behind pseudonyms and fictitious social media accounts.

4. Some instances of cyberbullying are known to be unintentional

It can be the result of not thinking (something sent as a joke may be deeply upsetting or offensive to the recipient) or a lack of awareness of the consequences – for example, saying something negative online about another pupil or a friend that they don't expect to be forwarded or viewed outside their immediate group.

Responding to a student who is being cyberbullied

As with other forms of bullying, the target of cyberbullying may be in need of emotional support. Key principles here include:

It is essential to advise students of the importance of not engaging when experiencing cyberbullying. Responding in any form, particularly when feeling emotions such as anger or hurt, can make the situation worse. If appropriate, students should be encouraged to log off from social media and to think about the best way to respond. This could involve seeking advice from someone else, reporting the issue and taking a break from social media. Be sure to let them know that keeping evidence is important, and that they can pass this information on to parents, teachers, carers, or even the police if necessary.

Reporting and responding to the bullying

Most social networking services have features that allow users to report and/or respond to cyberbullying in constructive ways. The eSafety Commissioner provides information on how to respond to harassment and how to report cyberbullying material on social networking services and websites. Encourage students to learn about the processes and policies of the social media platforms they use.

It is important that students know how to manage carefully the information they share online and who they share it with. Most online networking and email sites allow the user to set their own level of privacy and security. This ability to block, delete and filter within platforms, networks and emails is something all users should be made aware of when using online technology.

Next steps to support a young person

To talk to someone and get advice about tough issues. headspace centres are located across metropolitan, regional and rural areas. For ages 12-25.